First up, we take a look at the Waratahs.

When the season shut down, things couldn't really have been much worse for the Waratahs.

With just one win from six games, they headed into the season shutdown with a 47-14 loss to the Brumbies.

A team littered with youngsters was feeling some heat and defence proved to be the area of most concern, with a -110 points difference at the shutdown.

Things weren't all abysmal, though.

Rookie winger Mark Nawaqanitawase showed some X factor in his first Super Rugby season and first-year 10 Will Harrison earned plenty of respect, steering around a team under immense pressure.

Loosehead prop Angus Bell also had some bright moments and gave fans reasons to be optimistic about the future. 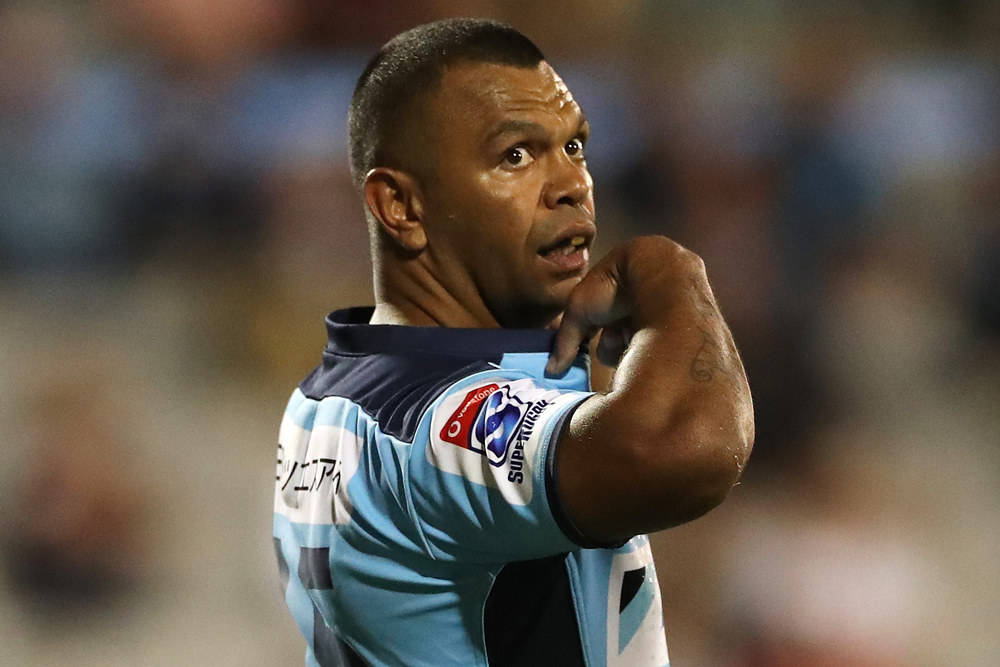 The Waratahs have had some changes both on and off the field while the Super Rugby season has been on hold.

The most high-profile is the departure of most-capped Waratah Kurtley Beale, who was released from his contract ahead of the Super Rugby AU season as he prepares to head to Paris.

Experienced hooker and RUPA president Damien Fitzpatrick also called time on his rugby career a fortnight ago, and the combination of his and Beale's departure continues the transitional era the Waratahs are in.

In a slightly more complicated situation, it's unlikely flyhalf Mack Mason will turn out for the Waratahs again in 2020.

The flyhalf has returned to Queensland and though he is still a contracted member of the squad, NSW has given its blessing for him to stay home and not train with the squad.

In the coaching realm, defence coach Phil Bailey was let go as part of cost-cutting measures.

Bailey was working part-time and in a contractor role with the Waratahs, all of which were cut as Super Rugby clubs tightened their belts.

For the Waratahs, this is both incredibly simple and incredibly difficult to answer.

Pretty much everything about the Waratahs' early parts of 2020 needs to improve if they want to make an impact in Super Rugby AU.

If they have improved that over the season pause, then they can make big strides from where they were in March.

Michael Hooper. He mightn't be the skipper anymore but if there is one player the Waratahs would not want to be without, it is Hooper.

A three-month break might also be the exact tonic Hooper needs to take himself to another level after years of playing nearly every minute of every match for both the Waratahs and Wallabies.

Nawaqanitawase stole a lot of headlines but Bell shapes as the player on the cusp of becoming a really influential Aussie player.

His form at the start of the year was enough to earn him a spot in the Wallabies' Players of National Interest squad.

Though that's not a guarantee of anything, it's certainly a sign he's moving in the right direction.

With the departure of Beale, it will be interesting to see whether Sevens skipper Nick Malouf earns an opportunity in the 23.

Malouf played for Premiership side Leicester for two seasons and was rated highly in England before signing back with the Sevens ahead of Tokyo 2020.

A very good finisher and a player who brings leadership experience with him, could be a handy weapon off the bench at the very least.

Forward Ned Hanigan has also been cleared fit to play after battling ongoing concussion symptoms at the start of the year, so expect him to be raring to go on Friday night.

The Waratahs had already lost a host of their experienced, recognised faces before the 2020 season kicked off and that has only continued during the shutdown.

While this year always shaped as a regeneration year with those departures and a new coaching team coming in, there will be a big responsibility on the senior players to set the bar and bring the youngsters along with them.

There's reason for optimism down the track but in a 10-week season, everything would have to unfold perfectly for the Waratahs if they are to make a real shake of the competition.