Brumbies skipper Allan Alaalatoa is confident fans will return to GIO Stadium if the Canberra side continues its strong start to the year.

Despite a number of commercial plans to try and bring fans in, the Brumbies have averaged just 7267 fans across their first two games.

The Brumbies are the only Australian Super Rugby team to have lodged a win in the opening two weeks of the season, toppling the Reds and Rebels so far.

They have also been Australia’s most consistent team in recent years, missing the Super Rugby finals just once since 2013 and have won the Australian conference in three of the past four years. 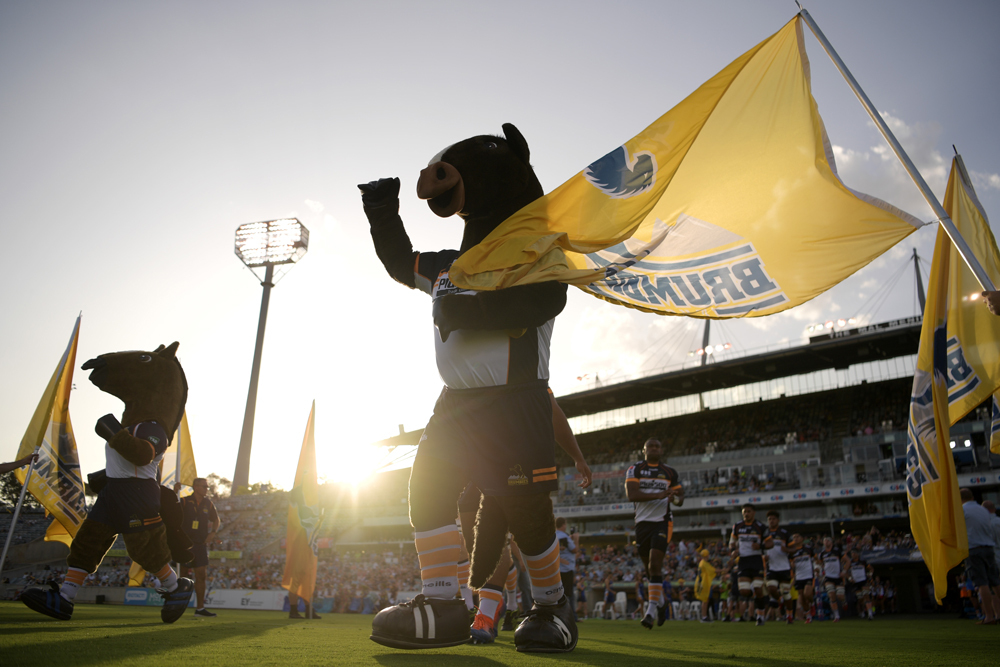 Alaalatoa said he felt winning was the simple key to luring fans back to live games.

“All we can do is continue to put our best foot forward.

“If we're playing a good brand of footy, i believe that's going to attract people to come down so then we obviously have bonuses that our commercial team are doing around the stadium to keep families entertained.

“But I think first and foremost you've got to be playing a good brand of footy that's attracting the families to come down and support.”

With their two-from-two record, the Brumbies are on a 10-match home winning streak, just three shy of their all-time record, but they’ll face a sterner test on Saturday night.

The Brumbies face their first Kiwi opposition of the year when they take on the Highlanders and Alaalatoa said they still considered the New Zealand outfits the yardstick of Super Rugby.

“We definitely know that Kiwi teams are the benchmark of Super Rugby and it's a great time for us to test ourselves and to see where we're at but we know that's going to be a tough game tomorrow like every other game so we're keen as to rip in,” he said.

The Highlanders are sitting last in the New Zealand conference, having played and lost one game this season, and Alaalatoa they were expecting some high octane rugby from the Dunedin men.

“They like to play fast footy and what they play is kind of unexpected, you don't know what they're going to turn up with,” he said.

“So I think for us it's just about defensively being connected and reacting well to the pictures that we see and then applying our strengths in that, all our plans that we have been put in place all week.”

The Brumbies take on the Highlanders at GIO Stadium on Saturday February 15, kicking off at 7:15pm AEDT, LIVE on FOX SPORTS, Kayo and via RUGBY.com.au RADIO. Buy tickets here.