Rebels coach Dave Wessels has revealed he thought about stepping away from coaching altogether in 2019 as he battled against mounting criticism of his team.

The Rebels have started their seasons strongly the past two years but dropped off drastically in the second half and narrowly fallen short of finals.

Melbourne has had a lot of scrutiny in recent seasons in the wake of the axing of the Force in 2017 and their acquisition of a number of former WA players.

Wessels said the criticism that he and the team received as they fell short of their playoff goals had him questioning whether coaching was the job for him.

“I wasn't enjoying myself at the end of last season and I really had a couple of moments where I wondered whether this was what I wanted to be doing,” he said.

“I think in general Australian rugby is quite a tough place to be because absolutely everything you do is criticised all the time and we don't do ourselves any favours with all the macro things that happen in the game,” he said. 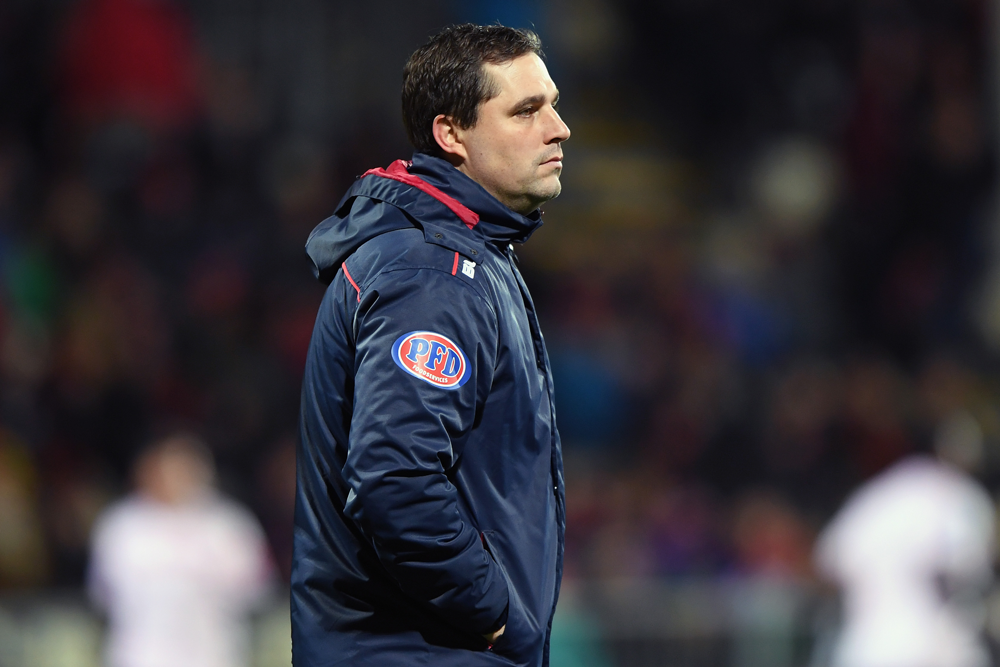 “But there's a huge amount of good stuff that's happening...and I think when I stepped away from all of that I probably realised at the end of the season that I guess as an inexperienced coach I'd been suckered into all sorts of things I wasn't enjoying doing.

“This year with Dane's help and other people's help I've recalibrated that and said I'm going to do the things that I enjoy and I guess that brought me into coaching in the first place.”

Wessels said he felt an immense that he had let the team and the community down after the 2019 season after self-admittedly pushing his team too hard with the finals in sight.

“Probably I was just so disappointed that we felt we let a lot of people down and I certainly felt that way,” he said ahead of the Super Rugby launch.. 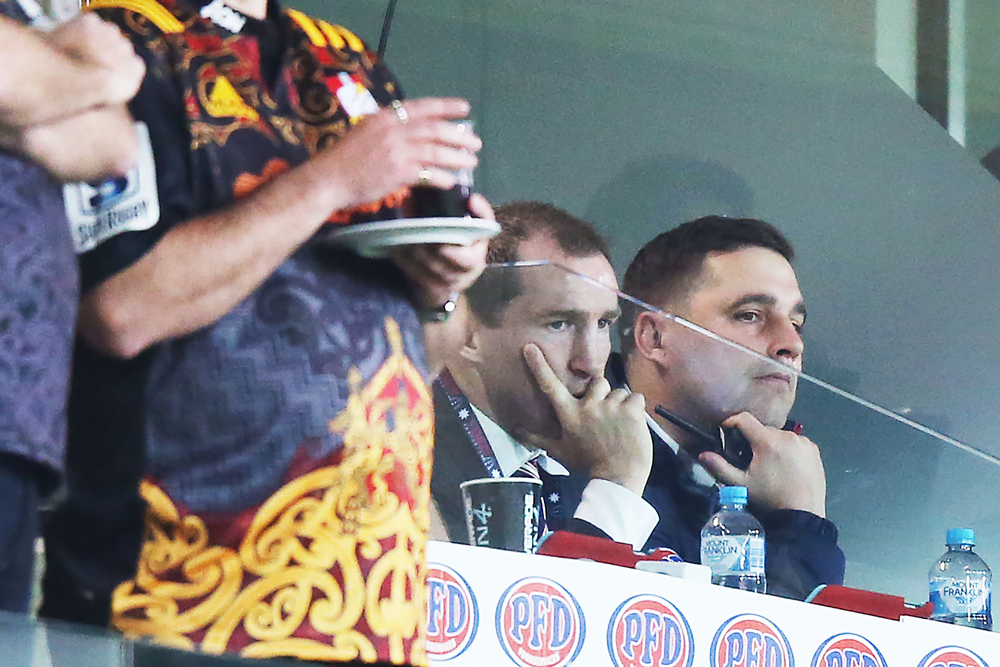 “We were so close to making the playoffs and you're so desperate to do that for everybody who's supported us and for all the players and the families and everything that you tend to probably overdo our preparation in the back end of the season.

“We were having a lot of meetings to get across all the detail and do all of those things when in actual fact I should've backed the players a little bit more, should've stepped away a little bit and instead of trying to be super sure just supported them a little bit and that's my inexperience.”

Wessels, previously a frequent user of Twitter, has switched off from social media in a bid to distance himself from keyboard warriors, in a move inspired by a speech he attended last year.

“I went to a talk at the AIS by a lady called Chris Burke who's a mountaineer. She spoke about - she's climbed nine of the 14 highest peaks in the world or something like that, a really incredible lady.

“She talked about before she goes on these climbs how people around her were always saying ‘You're going to die, what are you thinking, why are you doing this?’... and she would become a recluse before she went there because she found that the negativity when she was actually in a life or death situation when that negativity started to come back to her she could genuinely die.

“Then she said something that really resonated me which was that she said, when she reflected on it she realised that a lot of people who had given her that commentary had never actually been to the mountain, they'd never been there, they didn't know what it was actually like.

“I think it’s a little bit like that in Melbourne, I think a lot of us came to Melbourne because it's hard an in our life journey this is going to be very healthy and very good for us.

“When we arrived the club had won one game, they were 18 out of 18 and they were bottom of the comp in a lot of different ways.

“We finished last season, the last two seasons have been two of the most successful seasons the club has had and while that's fallen short of what we had hoped for we still feel when you step away from that and you stop listening to people who haven't actually been to the mountain then I think that actually you realise we are making some really good progress.” 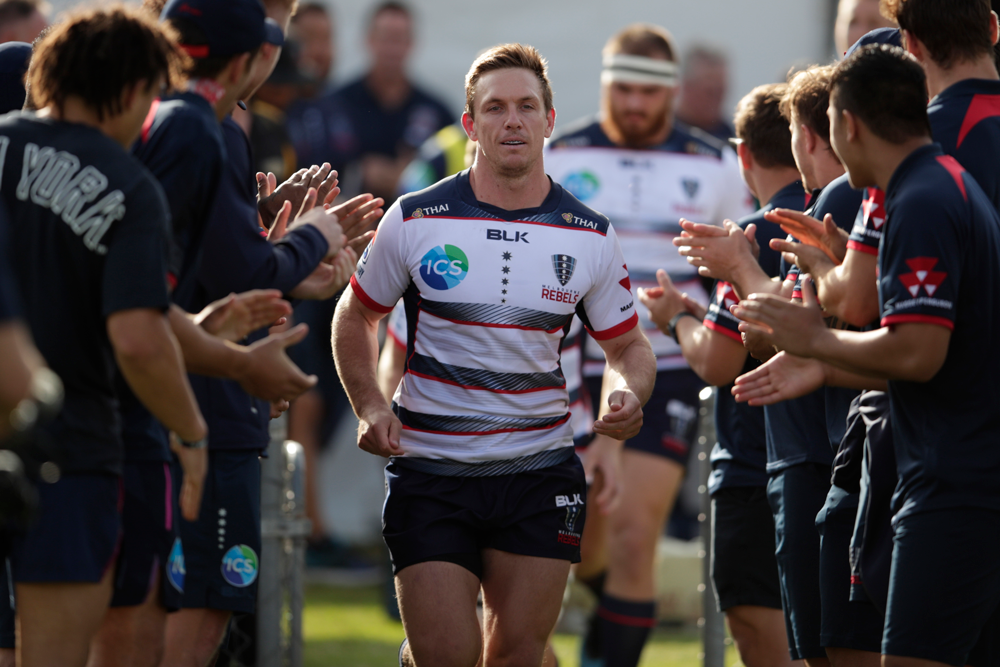 Rebels captain Dane Haylett-Petty said ahead of the Super Rugby season that players had taken a more proactive role in the preseason, driving initiatives to bring the team closer on and off the field.

“The biggest thing culturally we're trying to invest quite heavily in relationships and just spending a lot more time together,” he said.

“Obviously we do a lot of work on the field but we had a great camp two weeks ago and just looking at doing regular things like that and spend time together.

The Rebels take on the Sunwolves on Saturday February 1 at Level5 Stadium in Fukuoka, kicking off at 2:45pm AEDT, LIVE on FOX SPORTS, Kayo and via RUGBY.com.au RADIO.

UPDATE: From injury frustrations to a Dave Rennie phone call for re-signed Ramm

Today at 7:50 AM International
More News