“I want the public to expect us to win it because I want our girls to expect to win it.”

The Aussie women’s Sevens side are embracing the annually elevated expectations that come with the Sydney 7s as they prepare to reunite the core of their gold medal-winning Rio side.

Charlotte Caslick will make her return to World Series action in Sydney after missing three tournaments with injury and co-captain Shannon Parry is available after a suspension.

Their additions means that Caslick and Emilee Cherry, who played in Hamilton after more than 18 months on the sideline, will combine once again in a team as star-studded as they have had in the past year.

While for avid Sevens followers the last 12 months in particular has been a restoration period for the Aussie side, for much of the sporting public this team still shoulders immense expectations. 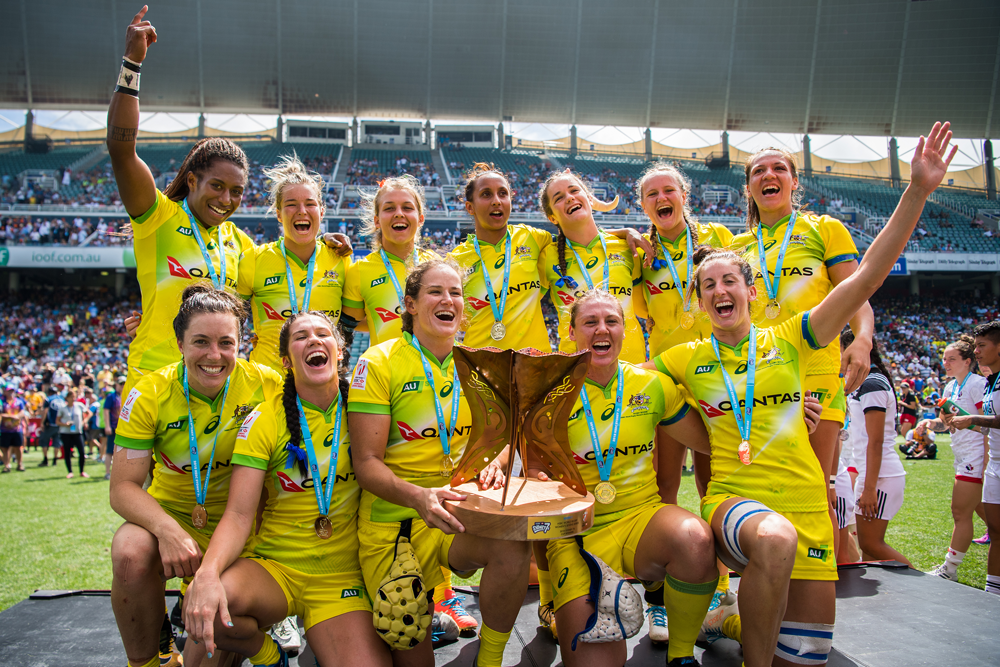 Australia hasn’t tasted a Cup final win since the 2018 Sydney 7s but for the wider community, they are still considered the reigning gold medallists.

Aussie Sevens coach John Manenti said the public benchmark of success was something that his team had to embrace in Sydney.

“If they're talking to that stuff now, you can imagine it's going to be tenfold come Tokyo so it's a great way to see how we're going to respond to that pressure and that kind of scrutiny from people,” he said.

“People do have high expectations of this team and the team have earned that over time,” he said.

“We're working towards where we want to be and some tournaments we've shown big strides and some have been less towards that.

“Sydney's different - Sydney's almost a standalone event for us and I want the public to expect us to win it because I want our girls to expect to win it and to do that we've got to believe that we can.

Caslick said the side was anticipating that fans would expect them to take the Cup in Sydney again this weekend.

“They probably just see gold medallists from Rio and will immediately have that expectation that we should back it up again.

“People are quite quick to forget that we've played four years in between the two but at the same time we know ourselves that it's a different team, it's been a long time since then and there's different goals in place for our new group and we're definitely not going to try and do the same thing we did in Rio and think it will work.” 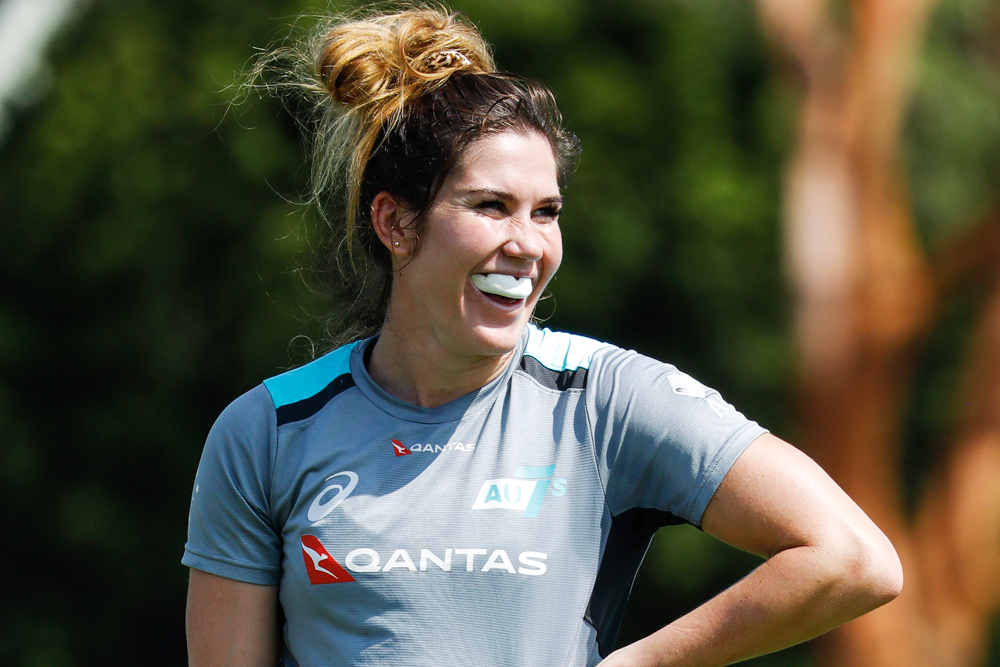 Caslick is looking forward to being able to influence that this weekend after missing Dubai, Cape Town and Hamiton with a hamstring injury.

The halfback also missed the Sydney tournament last year with a broken hand and said she was looking forward to finally being back out on her home stage.

“Getting it on the day we were meant to leave for Dubai was pretty disappointing and all that but it's given me a good block at home to focus on getting right and I'm feeling good, so I'm confident to go out there and home soil,” she said.

Manenti said Caslick’s return would steady up their attack, after they fell into the trap of playing too deep in Hamilton.

“We lacked a ;little bit of that speed of thought she has, she's the best in the world at being able to assess what's in front of her and taking that on, whether that's herself or shifting the ball to somebody else, she's very good at seeing that and controlling the tempo of the game,” he said.

“Whether that's us needing to play fast or us needing to take a breath and putting on a set piece or whatever that be, she's very good at that.

“She'll control that tempo - the other thing she does well for us is she controls the depth of our attack so she knows when to flatten up, when to play deep and that was something which we missed especially when Emilee didn't play in the back end of the tournament.”