Japan coach Jamie Joseph was quick to point to the bigger picture after his side's historic World Cup quarter-final qualification, acknowledging all those affected by Typhoon Hagibis this weekend.

Typhoon Hagibis wreaked havoc on many areas of Japan on Saturday night, and it wasn't until mid-morning on Sunday that the Brave Blossoms' clash with Scotland was cleared to go ahead in front of a stadium of fans.

Joseph began his post-match press conference by acknowledging the impact of the typhoon and reminding everyone of the hardships some would be feeling on Sunday.

"I think it is important to acknowledge what went on last night with regards to the typhoon," he said.

"We woke up this morning and nine people had been killed and 12 missing and are still missing.

"We talked about that as a team. Sometimes those sorts of things can be overwhelming, but I think it came out in the mix today. While we are celebrating, a lot of people are suffering." 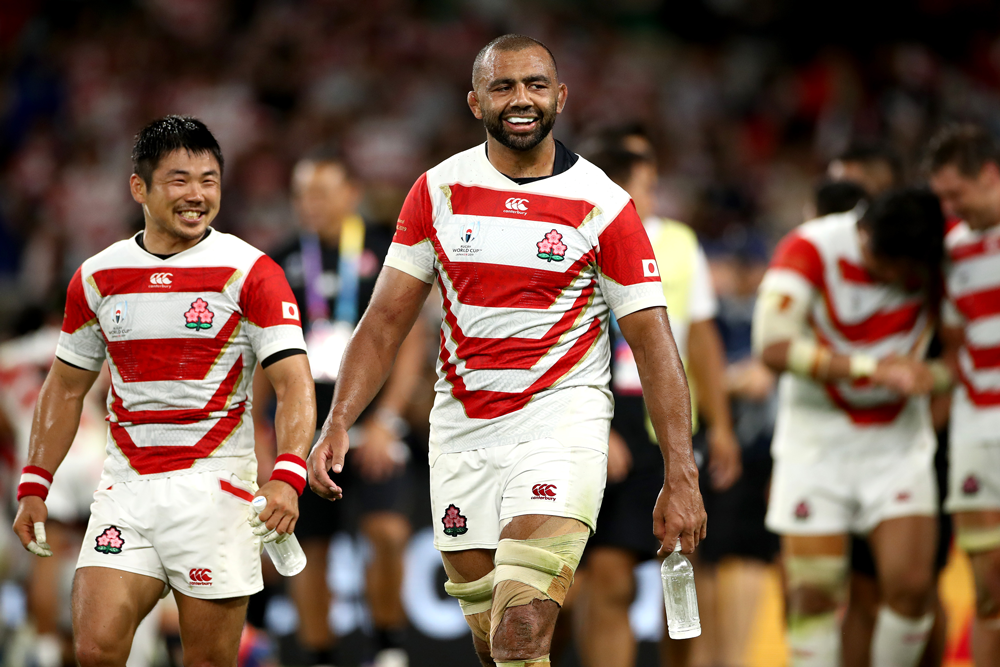 Captain Michael Leitch said every player felt that Sunday night's match was about more than just the 23 players, or 31-man squad, after a weekend of chaos in Japan.

"Before the match started at the team hotel, the players already knew how this game was more than just us, that a lot of people suffered in the typhoon for this game to happen," he said.

"There were guys up late last night with sponges.

"We are grateful for the opportunity to inspire Japan and we showed that for 80 minutes tonight."

japan took a 28-21 win over Scotland to secure their first World Cup quarter-final berth, in front of a Yokohama crowd that was riding every moment of the game.

Joseph said his team could feel the support of the crowd throughout the match.

"Scotland were unbelievable. They took it to us from the start and scored. It was the tenacity I guess of our team at crucial parts of the test which helped," he said.

"The fact we were playing at a home world cup - we can feel and see the level of support."

The challenge for Japan as they progress through the tournament, first with a quarter-final date against South Africa, was tuning out some of the "noise" of the growing fan frenzy around their team.

"We call it noise. Walking into a hotel with people clapping, come out of the station and 50 people parting the way like royalty," he said.

"It's a bit different, especially for me.

"If we are honest with what we need to do, we need to limit it as much as possible. We understand we are representing the nation and the players are buying into it."