They may have conceded 181 unanswered points over the past fortnight, but Rebels Super W coach Alana Thomas has unveiled a secret weapon ahead of round three: lawn bowls.

Thomas’ embattled troops play on the big stage tomorrow night at AAMI Park against Rugby WA prior to the Super Rugby clash between the Rebels and Brumbies but, rather than run her side ragged at training, the second-year head coach chose to lighten the mood on Wednesday night with a social sojourn to City of Melbourne Bowls Club.

“We had such a short turnaround, Sunday to Friday, we had the review session Monday so I thought; ‘I’m not going to make them run and train again this week’,” Thomas said. 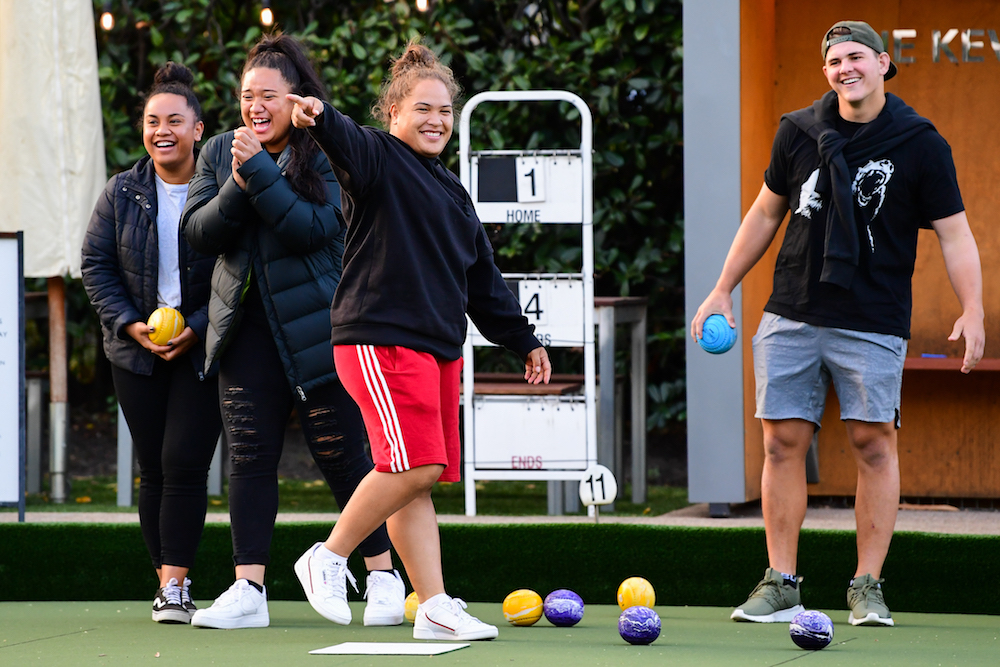 “They’re sore, they’ve taken some hits mentally from the losses, so tonight’s just about re-setting and remembering that rugby is fun, and we do it because we enjoy it.

“These girls are good enough to play at this level, but sometimes we just need to step back and go; ‘you know what? The sun’s going to come up tomorrow, we’ve got really good company, we’re a close-knit group, let’s just have some fun, relax, and when we come to training tomorrow we’ll come focussed to do the job.”

Thomas has a difficult balancing act with her young squad, trying to keep her players upbeat despite their heavy losses, knowing that a truly competitive squad is likely two to three years away.

"They're a good, resilient bunch," she said.

"We did walk away from the weekend (69-0 loss to the Brumbies) saying we had seen improvements in our game and we definitely had.

"We just weren't consistent or had them for long periods of time.

"They're working really hard and we've done a lot of work in the pre-season about resilience and culture and I think the culture is really starting to keep them together.

"And I think that will pay dividends come the next two games, because I think we realise that we've got to stick together and just focus on the things that we can control - and if we do those things well, then the results will come. 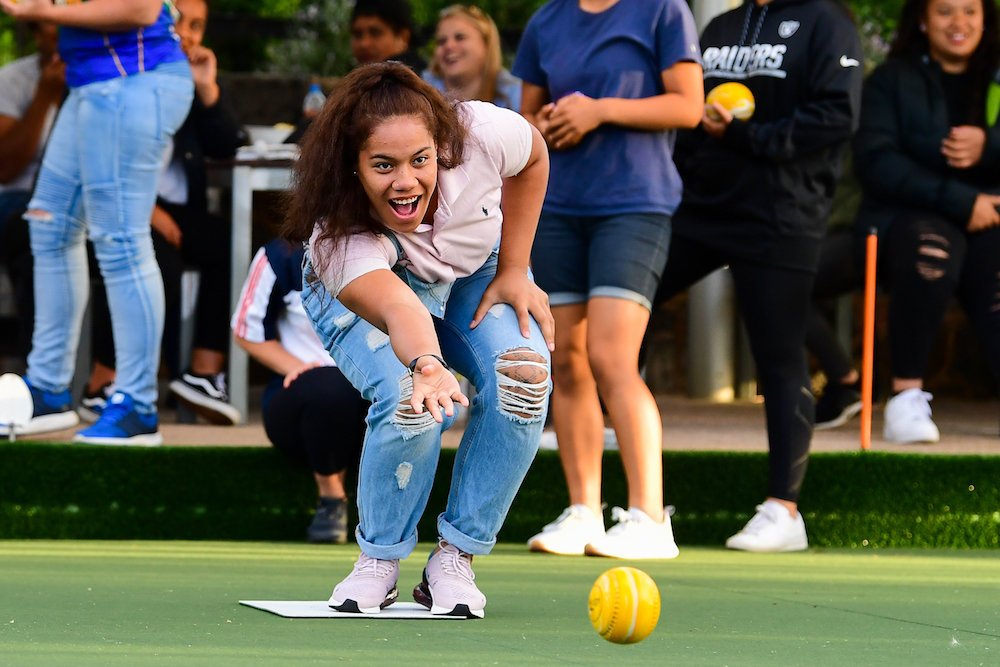 "So it's focusing on that change. Don't focus on the results, otherwise you're not going to change."

Thomas said patience was the key for the Rebels, who now had to reassess their goals for the remainder of the season.

But there's no denying the opening weeks of the competition have been tough and managing the welfare of her playing group is now a key focus.

"We did have a couple of really experienced players out on the weekend but that's no excuse because all the girls have worked really hard. So it was really tough.

"But it's just about growing and growing our game.

"We've got to look at where we are and what we're doing and be really realistic about that.

"For us, it's a two to three-year plan around really getting these girls in.

“We’ve got two 17-year-olds, a couple of 18-year-olds and 20-year-olds and this is their first  experience of rugby, and we’ve got to look after them from a welfare and wellbeing point of view.

“We don’t want them to feel that this what rugby is for us - it’s also about the bonds and the friendships you get out of playing with each other week in, week out. 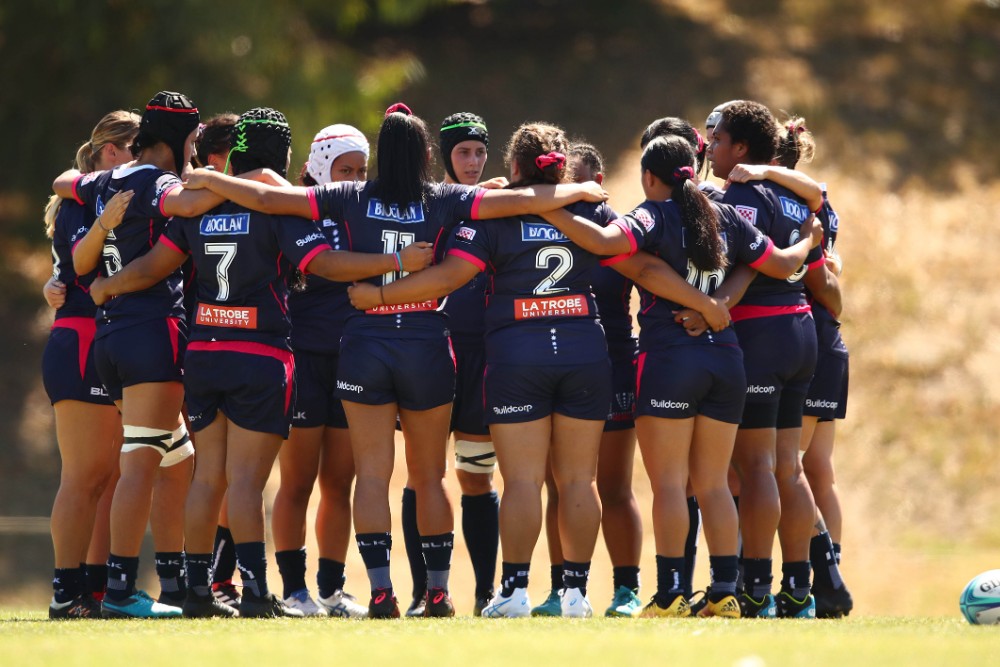 “I guess I’ve tried to take the burden of the criticism and protect them, because we’re on a journey in this team with these young girls, and people are saying they shouldn’t be playing, but then how do you get experience?

“You don’t get experience sitting on the sideline. This generation have to learn from the experience of doing and making mistakes, and that’s been a big thing in our culture; it’s not success and failure, it’s success and learning.”

There is no shortage of support from the Rebels organisation, as a whole.

CEO Baden Stephenson is exploring synergies with the Melbourne Storm about possible player sharing with a future NRL Womens franchise, and star Rebels Quade Cooper and Richard Hardwick have been along to training.

"Quade came down and just helped out and gave the girls some pointers around running lines and things like that," Thomas said.

"It came off his own bat, he wasn't asked to come, it was just he and Richard Hardwick came down.

"It was fantastic to have them there and the pointers he gave the girls, they really took it on board."

Thomas has also had good conversations with Rebels coach Dave Wessels about the importance of patience and resilience. 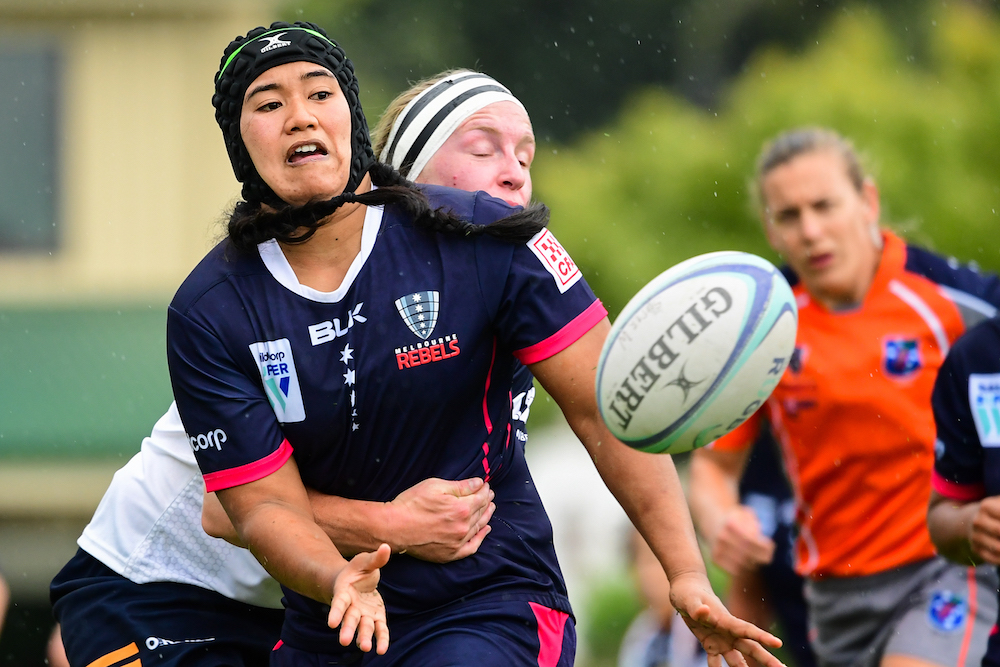 “He rang me up and had a good chat the other day just around how I was feeling and reminding me that where I’m at and where we’re at down here in Victoria and to not get too worried and too down on myself," Thomas said.

“He’s seen me coaching, he’s seen what I do, and we talked before last year as well, and he just said you’ve got to keep working and said that if I ever want to come in and have a chat he’s always there to talk about it.

Wessels told RUGBY.com.au he reckons Thomas is doing well given the challenges of coaching a development state in a fledgling comp.

"Her challenge is probably that we don’t have the same numbers some of the other states have to select from," Wessels said.

“I think she’s doing a good job, we’ve got to just realise it’s a two or three-year project for us to get the women’s game to where we want to be in this state.

“The important thing is that we’ve got - and it’s the same as our team - the focus has to be just on getting better every time they play.”

“Alana obviously cares very much about the team and it’s hard for any coach (when you’re suffering big losses), but you’ve got to remember that she’s building a whole system, and that takes time.”

“I think one of the challenges for women’s rugby at the moment is that it’s growing so quickly, it’s almost keeping pace with the growth, and it’s a great challenge to have.

“I think we also need to remember that pure participation numbers don’t necessarily create immediate outcomes at the top end.

“There’s a lag between the development of participation athletes into elite athletes and all sorts of things like athletic development, those things take time, they don’t happen in two minutes.

“It’s great to have this challenge that so many ladies wanting to play the game, but I think the real results of that will probably be felt over the next two or three years as they developed into really elite athletes. But it is an exciting time.”

The Rebels had a short turnaround this week, with just five days between the Brumbies clash and Friday's match against Rugby WA, who gave Super W heavyweights Queensland a tough battle in the first half before eventually losing 28-3.

"We see some opportunities there as well but they're a big, physical side and I think they'll look to use that as their advantage and we've just got to be able to handle that," Thomas said.

"That's one of the things that's key for us is defensive pressure and really fixing that from the last two games."

The Rebels women take on Rugby WA in the opening leg of the double header at AAMI Stadium on Friday, March 8, at 5:10pm AEDT, broadcast LIVE on Kayo Sports and streamed on RUGBY.com.au, with a replay on FOX SPORTS.