by Sam Phillips
Nick Frisby is happy to be staying at Ballymore until the end of 2019. Photo: Getty Images

The Queensland Reds' pre-season keeps getting better, with news Nick Frisby will remain at Ballymore until the end of 2019.

The 24-year-old cemented his place as the best scrumhalf in Queensland last season and impressed Wallabies coach Michael Cheika, who handed him his first Test cap against England in June before taking him on the Spring Tour, where he earned four more caps.


A born and bred Brisbane boy out of Marist College Ashgrove and the GPS club, Frisby has been at the Reds since 2011, learning his craft as a back-up to Will Genia before taking the reins last season when Genia departed for Stade Francais.

Frisby's booming box kick, laser-like pass and sixth sense in cover defence have him earmarked as one of the best young talents in Australian rugby.

“Ballymore has been home for a long time and it’s somewhere I’ve made a lot of great memories, so I’m really pleased to know my future is here for at least another couple of years," Frisby said.

"I feel like I’ve still got a lot to achieve in the Reds jersey. 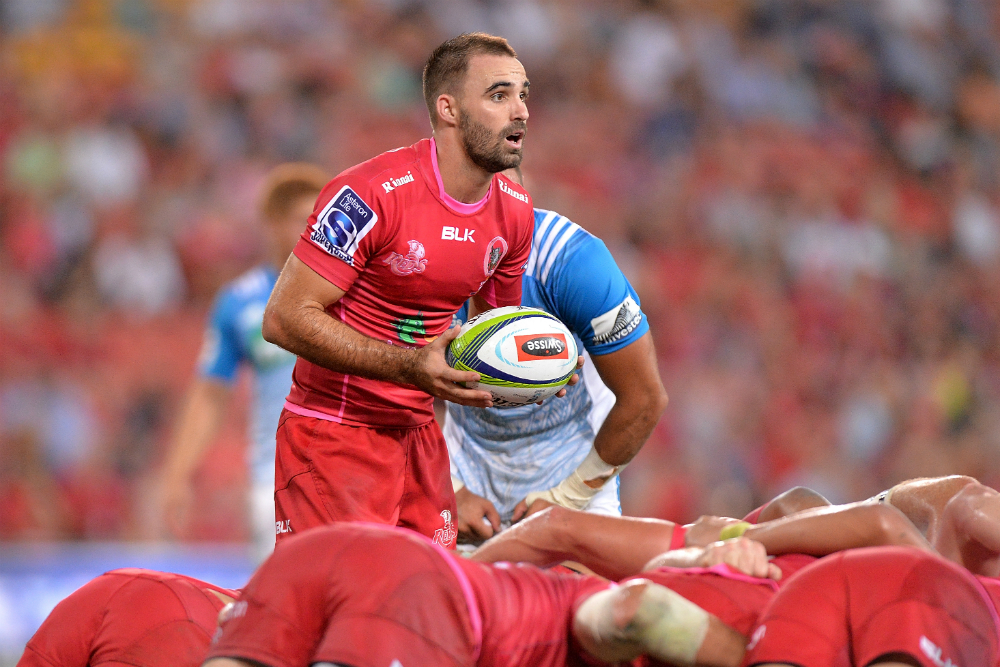 “The guys have worked incredibly hard over the pre-season and we’re really looking forward to the season.”

Coach Nick Stiles believes Frisby's best years are still ahead of him.

“Nick joined the Reds six years ago and has grown immensely as a player in that time, but we feel strongly that his best years are still ahead of him," he said.

"He’s a talented athlete, as shown through his selection for the Wallabies last year, but we’re looking forward to him continuing to grow as a leader within the group.”