Wallabies on the hunt for elusive hat-trick

by Beth Newman
The Wallabies are ready for anything that France throws their way. Photo: Getty Images

The Wallabies are on the hunt for a third straight win for the first time in 2016, against a French side that poses an intriguing threat.

Australia has brought 11 players into its starting side that weren’t a part of its run-on teams against Scotland or Wales, including the 13th 2016 debutant in Kyle Godwin.

Starting flyhalf Quade Cooper is set to be given until the final moment to be cleared for the match, after an injury concern hampered his preparation for the Test. 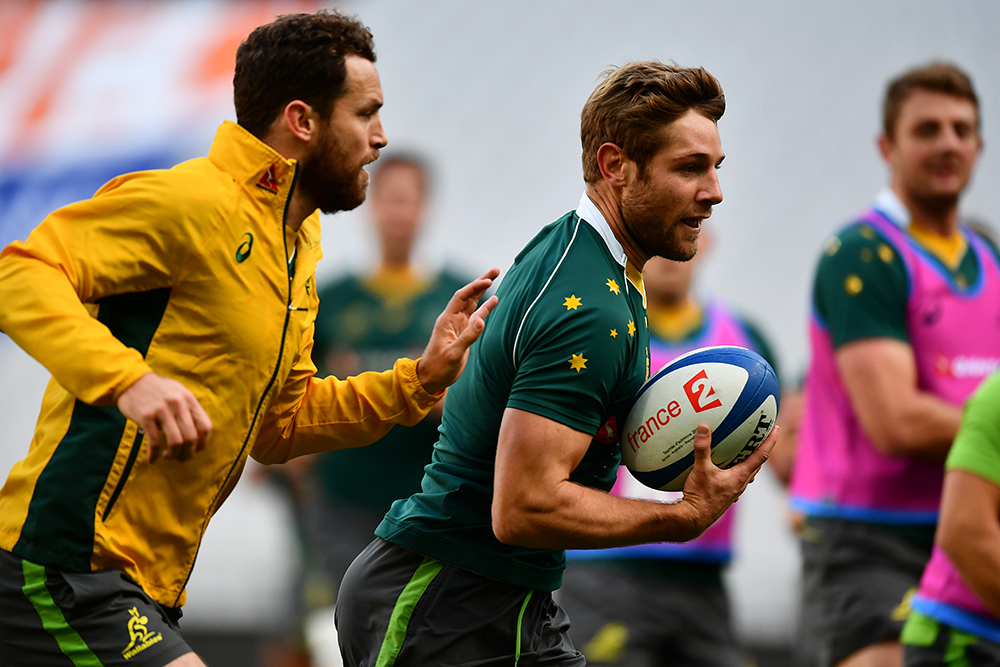 France showed some promise under new coach Guy Noves, with a 56-8 win over Samoa in their first end of year Test.

They have made five changes to that side to face the Wallabies on Saturday, including the forced omission of flyhalf Francois Trinh-Duc (broken arm)

This Test is a dangerous one for the Wallabies, with France traditionally strong performers at home and showing some variety in attack against Samoa.

The match kicks off at 7am Sunday AEDT (6am AEST, 4am AWST) and will be screened LIVE on SBS and Foxtel’s beIn Sport (Channel 515).

David Pocock will captain the Wallabies for the first time since the final Bledisloe Cup Test in 2012.

Kyle Godwin will become Wallaby No.903 and Australia's 13th debutant for the season, the most since 14 debuted in 2005.

This match is the only one of the Wallabies’ Spring Tour that does not count towards the Grand Slam.

Will Genia has been the anchor of the Wallabies backline when he has played this season and will again need to play a critical role in a backline light on experience. Machenaud has been one of the standout players for France this year and with the scrum and the lineout to play a big role, this pair will play a huge role as they attempt to link the forwards and the backs.

Kyle Godwin is finally being handed his Test debut and his direct opponent will be Clermont’s 42-Test star Wesley Fofana. Fofana knows what to expect from the Wallabies and won’t be overawed by the occasion. But Godwin has the element of surprise, as the 13th Australian debutant this season.

WHERE THE GAME WILL BE WON


France have a dangerous back three, with Clermont’s Scott Spedding, Noa Nakaitaci and Racing 92's Virimi Vakatawa posing a major threat to the Wallabies' least-experienced back three combination. If the Wallabies can show some of the defensive grit that was evident in the back end of their win over Scotland and unleash some of X-factor from the likes of Sefa Naivalu, they could pile on the points. Giving up 13cm in the backrow will be a familiar but no less challenging scenario for the Wallabies, with the breakdown massive against France.