by AAP
It's been a happy camp after back to back wins. Photo: ARU Media/Stu Walmsley

The Wallabies won't be compromising their style or approach to break a decades-long hoodoo in Pretoria - Michael Cheika wants them to do it the "Australian way".

In six attempts stretching back to 1963, the Wallabies have never won at the intimidating, 51,762-seat cauldron in South Africa's Highveld region.

It's the perfect setting for the Springboks to respond after three losses on the bounce, a selection shake-up from coach Alister Coetzee and lingering questions over whether they've lost their aura.

But Cheika says they won't look to play conservative rugby or change their course just to get the job done.

"We don't just want to go and try to win in Pretoria," he said.

"Maybe we think too much about what's going to happen at altitude or what's going to be the kicking game from them, instead of just saying, 'let's play our game, go here and play to the best of our ability and see what happens'.

"We want to go there and play like Australian teams should play rugby and that's something that we've been working really hard on.

"We don't think we've fulfilled that as much as we wanted to this season." 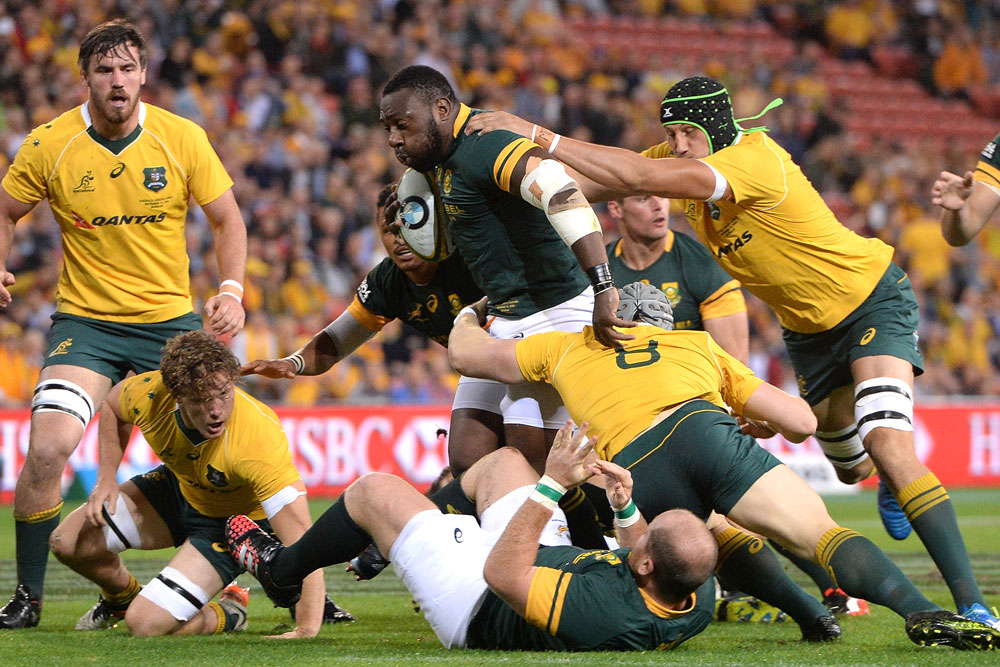 'Clarity' has been the buzzword around Wallabies training in Johannesburg this week - fitting, because it will take a clear, focused mind to beat a Springboks side that seems to grow an extra leg on home turf.

To that end, Cheika has gone with a largely settled line-up, making only one change to his starting team, with Sean McMahon replacing the injured David Pocock (broken hand) at No.8.

The bench, however, is packed with players with the potential to make a decisive late impact, from lock Kane Douglas - who fought his way back into the side after he was dropped for the win over Argentina two weeks ago - to pace machine Sefa Naivalu, who only became eligible to represent Australia on Monday.

The Fijian-born winger will make his potential Test debut off the bench, with Lopeti Timani unlucky man left out.

Cheika believes the Wallabies have ticked every box in preparation.

"If you even want to have the hope of being successful down here you've got to be prepared to put everything on the line physically."