Folau happy with Bledisloe build up

The Wallabies are rank outsiders heading into Saturday’s opening Bledisloe Test and star Israel Folau says that’s okay with him.

Australia has been happy to let the pressure of favouritism flow to the World number one All Blacks in the lead-up to the Bledisloe ,with Wallabies winger Rob Horne and coach Michael Cheika on Monday saying that neither the public nor their opponents rated them a chance at snapping a four-Test and 13-year Bledisloe losing streak.


Folau said the squad was quite content with letting the All Blacks’ odds shorten as the sides face for the first time since New Zealand’s 34-17 World Cup final win.

"I don't think anyone really gives us a chance but that's alright with us,” he said.

"It's something that we can't control as a team and, as a playing group, you just go about doing your own work and worrying about our own business.”

The star back, who’s starting position still looks to be fullback as the team announcement gets closer, said being the outsiders was good for the Wallabies.

"It works for some guys and others it doesn't really bother them,” he said.

"Everyone has a different preparation or the way they look at a game and I think for most guys it could work in their favour.

"Otherwise we can't just rely on that. We have to make sure we control the things we can.”

Nearly ten months on from their lost World Cup final, Folau said that decider was well and truly out of his mind. 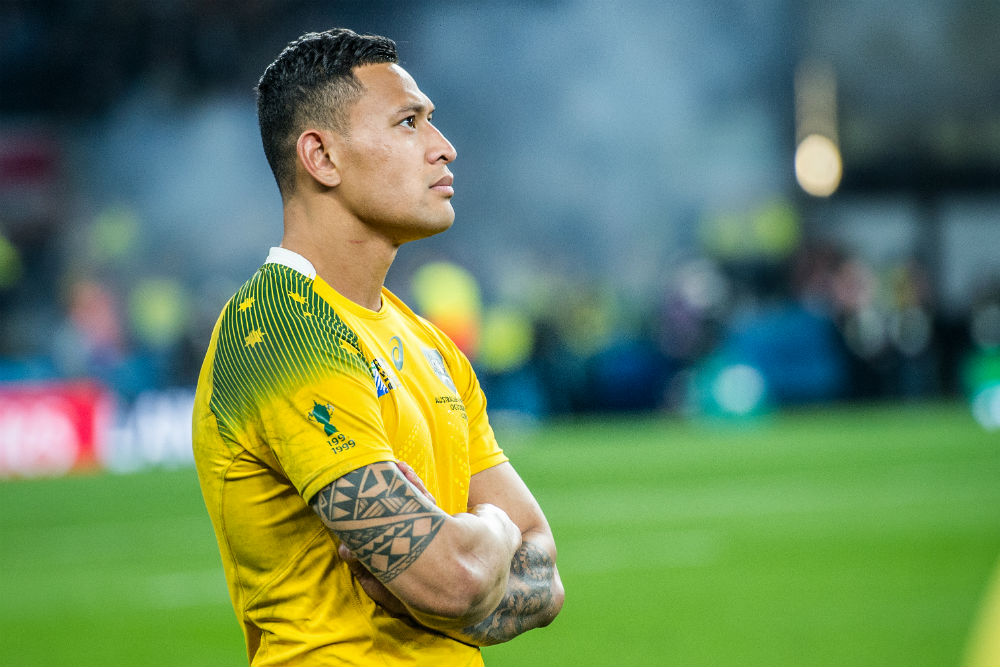 Unlike teammate Michael Hooper, Folau said he had watched snippets of the match in the wake of the loss but the October 31 Test and his own frustrating World Cup campaign was well and truly consigned to history.

"I mean, for us, that's in the past and as a team everyone's just looking forward to the weekend,” he said.

"I've said in the past that I was a little bit frustrated obviously because of injury during that World Cup.

"But I haven't even thought about it at all that much, to be honest. It's been an enjoyable year for myself and I look forward again to the weekend.”