Naiyaravoro suspended for one week

by Beth Newman
Taqele Naiyaravoro has been suspended for one week. Photo: Getty Images

Taqele Naiyaravoro's Super Rugby season is over, after the Waratahs winger was suspended for one week.

Naiyaravoro was cited for a midair tackle on Hurricanes flyhalf Beauden Barrett in the 57th minute of NSW's loss to the Hurricanes.

The offence has a three-week entry point but Naiyaravoro's suspension was reduced because of his good record and the judicial officer's assessment that there was no intent in his action.

"Having conducted a detailed review of all the available evidence, including all camera angles and additional evidence, including from the player and submissions from his legal representative, I upheld the citing under Law 10.4 (i) Tackling, tapping, pushing or pulling an Opponent jumping for the ball in a lineout or in open play. With respect to sanction I deemed the act of foul play merited a low-end entry point of 3 weeks," he said in a statement.

"There were no aggravating factors.

"As to mitigation, I took into account the player's good record, his early guilty plea, the circumstances of the incident itself – including the fact that it was unintentional, the player’s clear remorse, his opponent’s apparent acceptance of these facts and what would otherwise have been a disproportionate sanction to the level of offending, I considered a reduction of two weeks to be appropriate, making a suspension from all rugby for one week, up to and including Saturday 16 July 2016." 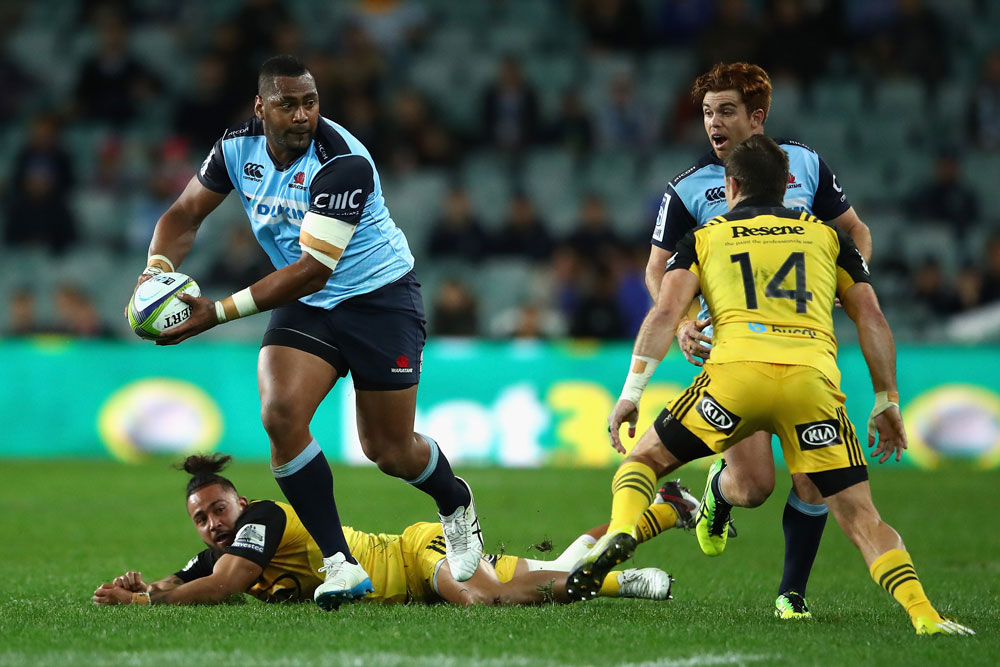 The winger, who returned to Australia after a stint with the Glasgow Warriors, will not play any more Waratahs games this season even if they do make the finals, with the 24-year-old needing four appearances to qualify for the knock outs.

Naiyaravoro has played just two matches for the Waratahs since he cut short his Scottish stint, with even an appearance against the Blues leaving him one match short, similarly to utility forward Dean Mumm in 2015.

The Waratahs can still make the finals with a win over the Blues on Friday night, if the Brumbies lose to the Force on Saturday night or if NSW claims a bonus point win and the Brumbies fail to clinch a victory with the extras.