Tim Walsh wants to take the Women’s Sevens team, and his own coaching, to new heights, after re-signing with the program until 2018.

Walsh took on the Women’s Sevens head coaching role in 2013, steering a new centralised program and taking the side to Australia’s first World Series in either men’s or women’s Sevens.

In the three years he has been at the helm, the side has lost just 14 of 96 World Series matches, giving him an 84 per cent winning rate.

It’s a strange turn of events for Walsh, who never considered himself as a coaching prospect for much of his playing career.

In fact, it wasn’t until 2010, when he was playing for the Queensland Reds under Ewen McKenzie that the idea of getting into the coaching game appealed to him.

“I didn’t really want to coach at all,” he said.

“I was watching Ewen McKenzie the way he ran the team and I was really intrigued.

“He was involved heavily in the strategy and technical side of things but also running it as a business, managing people.

“Coaching is like running a business, but in sport.”

A year’s apprenticeship as the Sevens coaching co-cordinator gave Walsh the tools he needed to step up to the women’s job, as well as an idea of where he wanted to take the team in a rapidly changing environment. 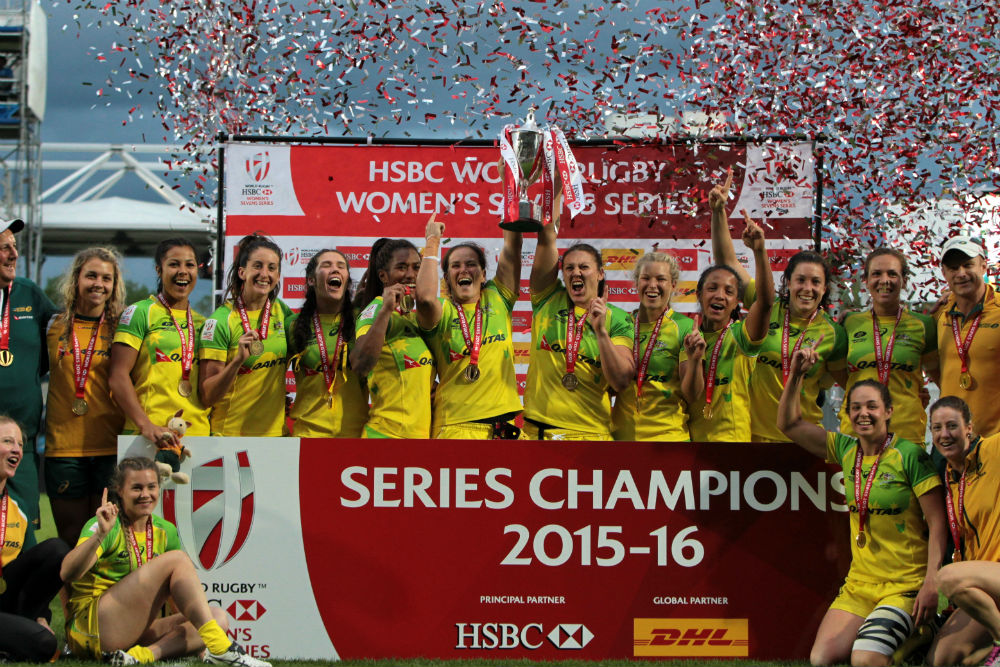 Since taking on the role, Walsh said he’d grown plenty as a coach, but there was still more to do.

“I think I’m better at communicating, managing situations from a technical point of view, learning a lot more about touring and how to get the best out of players,” he said.

“Getting the best out of people, that’s my mantra.

“I’ve created an environment where the players have the opportunity to perform at their best.

“It’s about figuring them out and making them feel comfortable and confident buy managing them to put them under pressure.

The new contract will take Walsh through two more World Series seasons as well as the Gold Coast Commonwealth Games.

First comes the Rio Olympics and then vying for a second World Series crown.

“Just because we’ve won one World Series (doesn't mean we should stop)," he said.

"It’s nice but to be able to back it up, true champions teams can really prove themselves that way.

“Doing it once is good and a great achievement but backing it up is where it counts.”

As for his own future beyond 2018, Walsh said he wouldn’t rule anything out.

“I really do love Sevens, I love where it’s going and I want to be a part of it,” he said.

“I want to stay very focused and I don’t want to think too far beyond this contract but I’d never say never (to other opportunities) but I really enjoy being involved in Sevens, there’s so much potential and it’s so much fun.”